A Look at Tenerife’s Most Spectacular Beaches

The promise of sun and relaxation on the sand is one of the island’s main attractions and one of the reasons why millions of tourists visit it every year. But Tenerife’s beaches are not only sunny, they are also impressive. Surprising landscapes, remote beaches not yet altered by human beings  and others that are protected due to the value of their ecosystems are just a few of the spaces that can be visited by those who come to Tenerife.

Discovering each and every one of these paradises is a great idea for a different kind of holiday and, at Baobab Suites, we’d like to recommend some of the most spectacular beaches in Tenerife. The hard part isn’t visiting them, but rather not getting to visit them all.

While you have breakfast at the Lounge Club of Baobab Suites and admire the spectacular views of the Bay of Costa Adeje, it’s more than likely that you’ll feel the need to spend your beach day on that spectacular coastline. You don’t have to go very far to find one of its most outstanding beaches, Playa del Duque. This is one of our best recommendations for a relaxing experience, a Blue Flag beach full of amenities and from which you can discover 8 other impressive beaches thanks to its promenade. 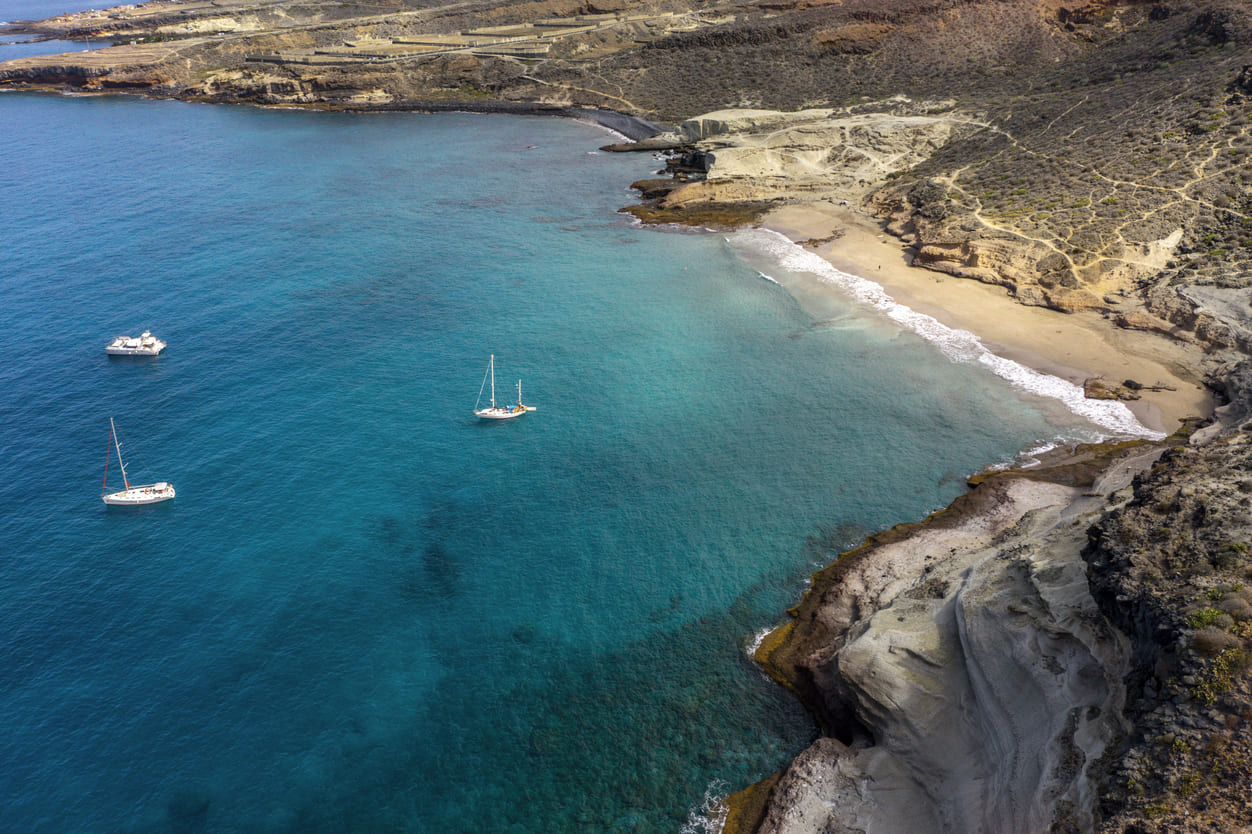 Also known as the “hippie beach“, this is one of the more lesser known and untouched beaches in Tenerife. It can only be accessed on foot, but the quality of its waters and the few people who come here make it more than worthwhile. Unlike other beaches in Tenerife, the sand is golden. In addition, the beach is part of the La Caleta Site of Cultural Interest thanks to its vegetation.

The Los Gigantes cliff is one of the most impressive landscapes in Tenerife: this beach is one of the places from where you can enjoy some of the best views. Apart from the opportunity to enjoy this landscape, the beach offers crystal clear waters and many activities, such as diving and boat trips. 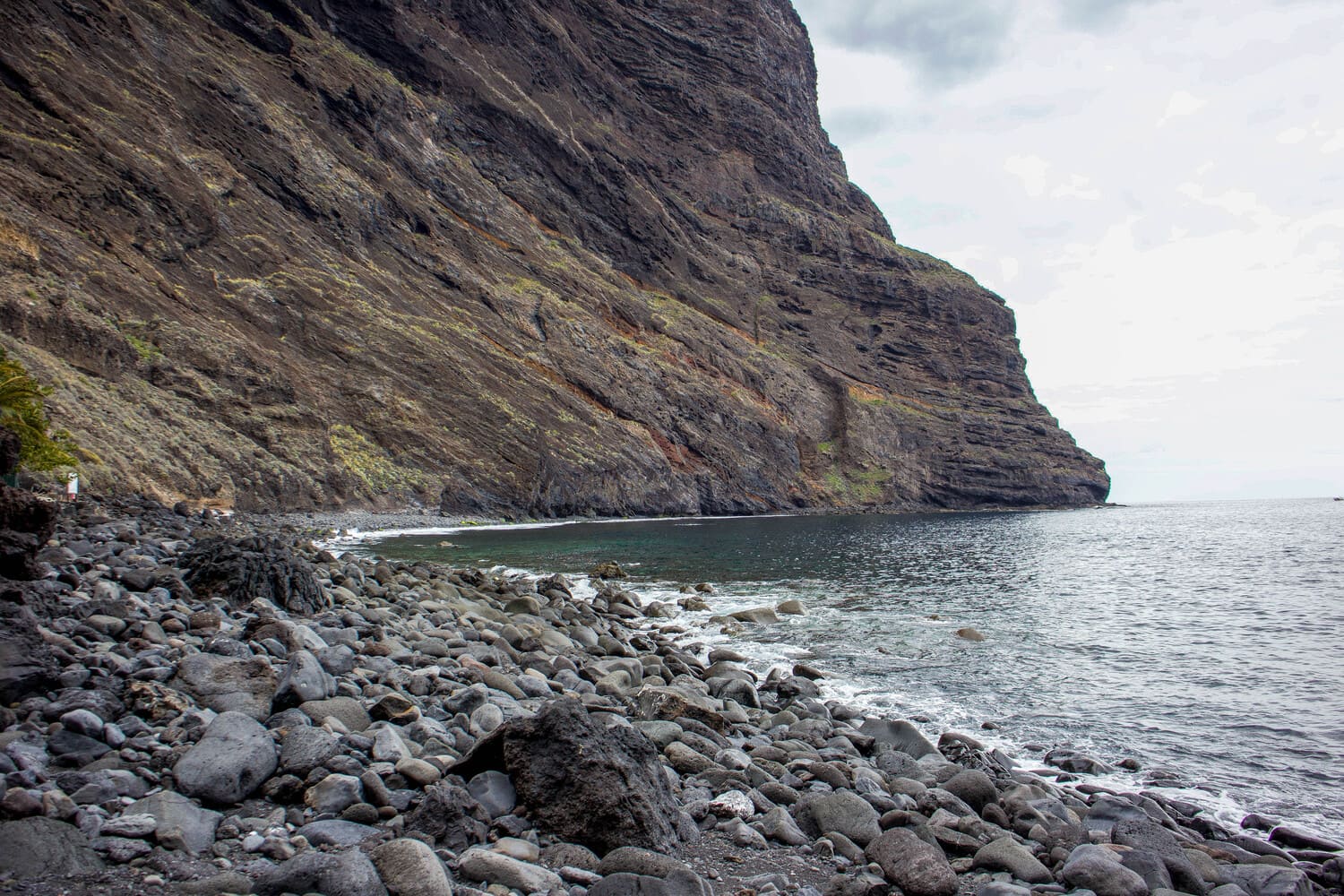 Without leaving the area around Los Gigantes, Playa de Masca is another surprising recommendation. This cove is a virgin beach: it can only be reached by boat or after completing a hike down a ravine (which is not accessible to everyone). At the end of the walk, a completely remote beach awaits you, with crystal clear waters and nestled in the middle of the cliff.

The beach of San Juan is the end point of one of the cycling routes that allow you to explore Tenerife by bicycle. The route starts at Baobab Suites, a Cycling Friendly hotel, runs along the Costa de Adeje and, passing through Guía de Isora and its old quarter (which is an “Asset of Cultural Interest” in Spain), arrives at Playa San Juan, a quiet cove where you can regain your strength before starting the trip back. 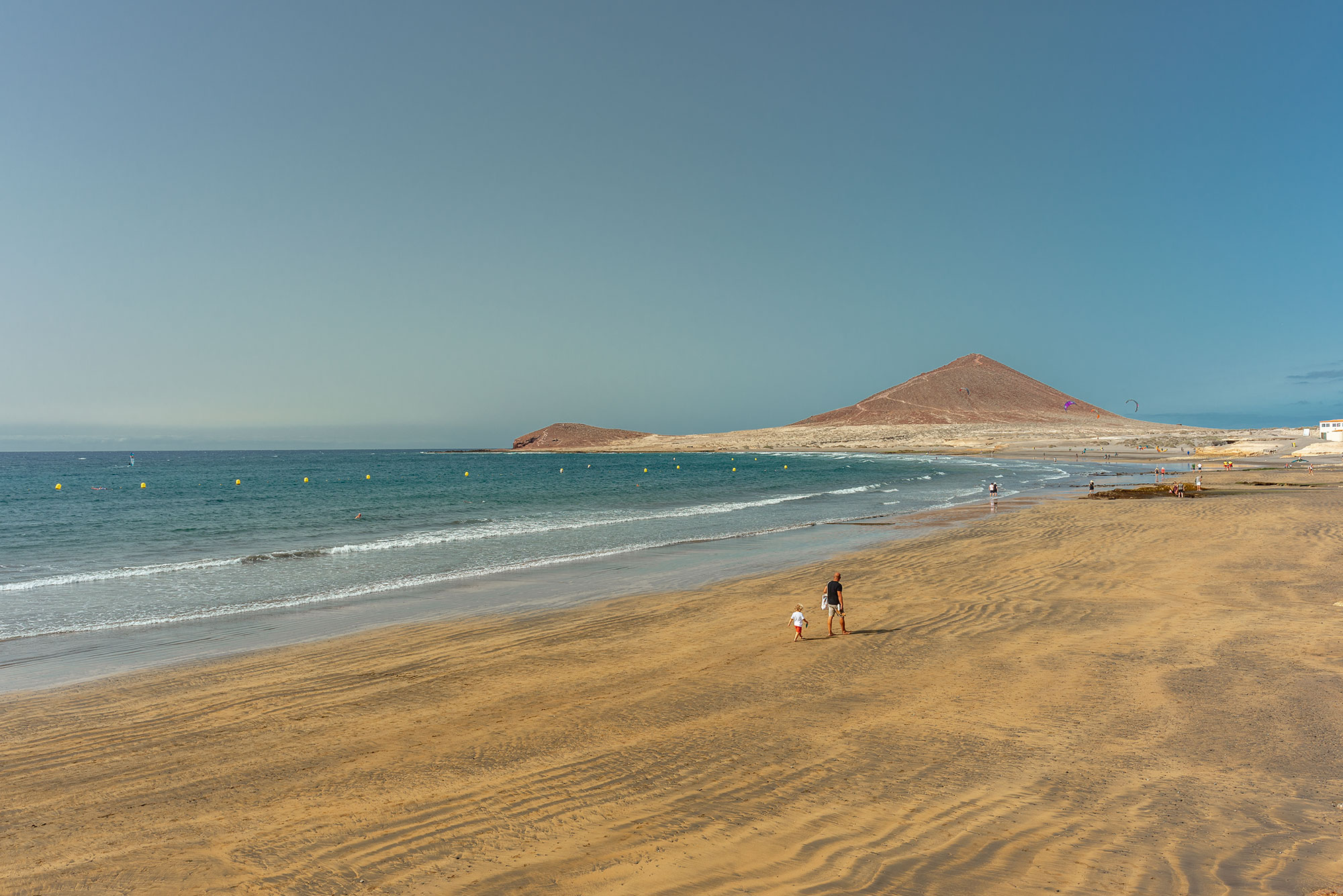 Located next Red Mountain, this is another great beach option for enjoying the sea and the sunshine while getting to take in some incredible views. In fact, on the other side of the Red Mountain there is another beach that is just as recommendable. El Médano is one of the largest beaches on the island and a favourite among water sports enthusiasts. Just like Playa del Duque and Playa de San Juan, El Médano beach belongs to the network of Accessible Beaches in Tenerife, with accessible facilities for people with reduced mobility.

In the north of Tenerife and overlooking the Roques de Anaga protected area, Playa de Benijo is one of those secrets that few tourists know about. It is a wild beach and the Atlantic Ocean doesn’t always make it easy to swim here, but the landscape is so striking that it’s worth it. It is also the perfect excuse to discover the Anaga area —not as touristy as other areas of the island— and the place to see one of the best sunsets in Tenerife.

Commitment to sports is in the DNA of Baobab Suites. In addition to the many facilities that the hotel offers for practicing sports, the island of Tenerife is a paradise for those who love sports and its beaches, a perfect excuse not only for water sports, but also for hiking. Playa de Tamadite is remote enough that it can only be reached by a hiking trail, three kilometres down the Afur ravine, where you’ll discover the local nature before ending up at this amazing wild beach.