A WINE LOVER’S GUIDE TO TENERIFE 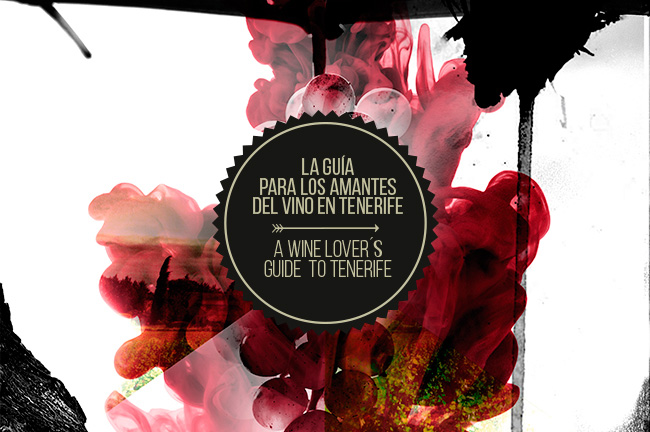 Visitors to Tenerife for the first time might be (pleasantly) surprised to learn that the Canary Islands produce some really excellent wines. So good, in fact, that the reason you won’t have seen the wines in your local supermarkets at home, is because local demand is so strong that very little gets exported off the islands.

But nowadays, such is the awareness and appreciation of these wonderful wines that a whole new type of tourism is emerging: wine tourism. From winetasting visits to local bodegas and a walk around the Wine Museum, you can discover the fascinating story behind the Canary Islands’ winemaking and get a little rosy cheeked in the process. Just make sure you’re not the designated driver!

A little bit of history…

Winemaking in the Canaries goes way, way back to the 15th Century when the first Malvasia grapevines were brought over from Crete and planted in Lanzarote and then other islands.

The sweet white Malvasia wine, known as Canary or Canary Sack, was hugely popular in Europe in the 16th Century, and was even mentioned in some of Shakespeare’s plays, including Twelfth Night (“thou lackest a cup of Canary” – a tragedy indeed!).

You might not think that your delicious glass of Canarian wine has anything at all to do with the Caribbean, but it does!

You see, when it was decided that the Spanish would control the Canaries and the Portuguese would control Madeira (15th Century), land was cheap and sugar plantations were soon established to grow and ship to Europe. But Brazilian and Caribbean exports to Europe increased dramatically, and by 1650 sugar from these regions cost half the price of Canarian sugar. Demand dropped drastically, just at a time when wine prices were rising. So much more land was given over to viticulture, and the wine industry blossomed.

What makes it so special?

1. To cut a long story short, the climate. Or, to be more correct, the many unique micro-climates that are found all over Tenerife and the Canaries as a whole, which combine sunshine, warmth, a variety of volcanic soils, a subtropical location, trade winds and humidity from the Atlantic Ocean.

2. Amazingly, the Canary Islands boast the most native grape varieties belonging to the ancient European vine strains in the whole of Europe. Most vines here are ungrafted, which means they can be up to 100 years old! Unlike in the majority of the wine world, the vine louse plague phylloxera has never been a problem here. In the late 19th century the phylloxera epidemic destroyed most of the vineyards throughout Europe, but our geographical isolation meant the Canaries were thankfully unaffected.
3. The other really interesting thing about winemaking here is the enormous amount of grape varieties. Forget the best-known international varieties, or even the most popular mainland types. Here the main grapes are Listán Blanco and Listán Negro (Palomino). Other white varieties include Albillo, Gual, Malvasia, Marmajuelo, Moscatel and Sabro. Red grapes include Negramoll, Tintilla, Moscatel Negro, Prieto and Malvasía Rosada, but there are many more.

4. The vast majority of wine produced on the island is white, with red second and rosé third, but the Malvasia wine deserves a special mention. It is this high quality, sweet tipple that made the Canarian wines famous the world over in the 16th century. Production levels are relatively low, but it is definitely worth trying.

The Canary Islands have 10 Designation of Origin (DO) regions (Denominación de Origen). The DO status is regulated and monitored, guaranteeing the standard of grape and wine production. Five of the DOs are found on Tenerife, with the remaining five covering the islands of Lanzarote, Gran Canaria, La Gomera, La Palma and El Hierro.

The five DOs in Tenerife are:

North Tenerife. The largest DO in the whole of the Canaries (20% of the wine-producing land in all the Canary Islands) and the first to gain DO status in 1992. It has also set the benchmark for the other DOs to follow: all 40 wineries boast modern equipment and produce a very high quality of predominately red wines.

Towards the north-west of Tenerife. Covers La Orotava, Puerto de La Cruz and Los Realejos. Thanks to the lower altitude, vines are more protected from the trade winds. A unique feature in this DO is the “cordon trenzado” – a cord made from plaiting several vines’ branches together, to lengths from 3 up to 15 metres. This vine training system traditionally allowed the branches to be moved easily, leaving the ground below free to plant potatoes, but it also makes mechanical harvesting impossible.

Tenerife has some fabulous wine routes, where you can visit some of the largest wineries and the most humble, family-run businesses, sampling their delicious wines as you go. La Casa del Vino (literally “The House of Wine”) was also established to spread awareness on the history and importance of the local wine industry, where you can sample wine from all 5 DOs in one very pleasant visit.

The Baobab Experience Centre can organise a fantastic day out for you, where you can sample a selection of different wines and maybe even enjoy some cheese tasting, too, as you learn more about Tenerife’s fascinating history.

Local demand has always kept the majority of wine produced in the Canaries in the area. However, in recent years, Canarian wines have gained significant number of followers in Europe, thanks to several international awards. And across the Atlantic, wine importer José Pastor, originally from Valencia, goes to great lengths to promote Canarian wines in the US. “The combination of little-known grapes, high-elevation vineyards and dramatic volcanic soils makes for some of the most distinctive and delicious wines I’ve ever had,” he says.

Nothing beats first-hand experience, of course, so raise a glass and find our more for yourself…