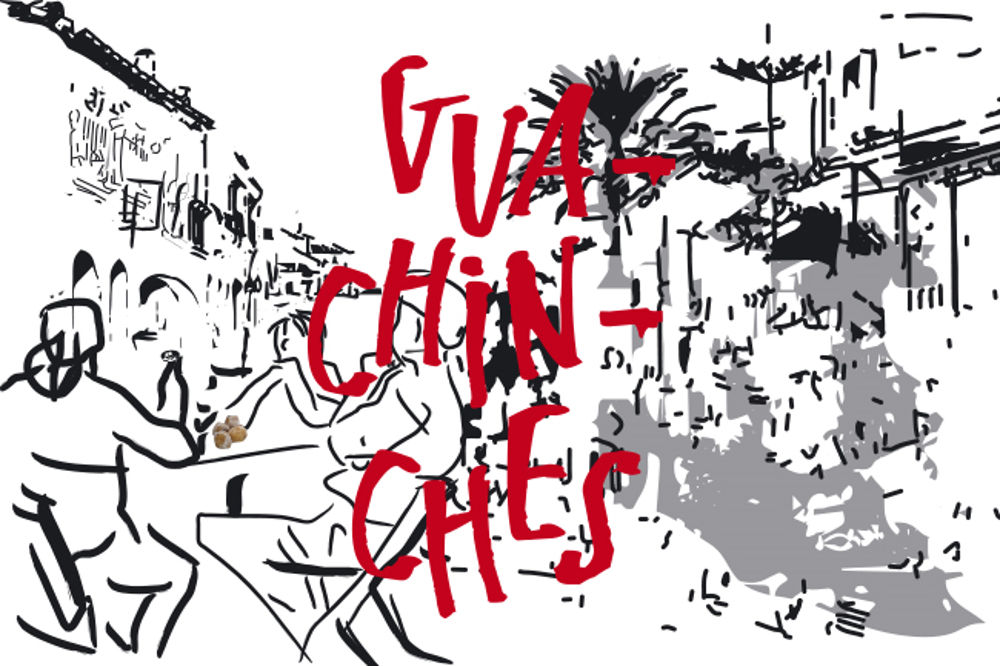 Sunbathing, swimming and cocktail drinking are all very lovely ways to spend your holiday. But when you want to experience something completely unique to Tenerife, it’s time you discovered the magic of the guachinche.

Simply put, a guachinche (proncounced “wa-chin-chey”) is a traditional local eatery. Often made out of the garage or lounge of a house (and sometimes even a garden shed), the tables often don’t match, the chairs are rickety and if there is a tablecloth, it will be a paper one. There are no fancy interiors, you won’t find wonderful views from your window table – there may not even be windows in the room. But please don’t be put off: guachinches are lively, fun, rustic places to grab some decent local food for incredibly cheap prices, and they are nearly always full of people. In fact, you may well be the only non-locals there. But as experiences on Tenerife go, they really don’t get more authentic than this.

Interestingly, the name guachinche is believed to come from the English “I’m watching you” (Or “Watching ye”, as it would have been back in those days). In the very beginning, around the 17th Century when wine production really took off in the region, particularly in the north of the island, wine growers set up small stalls at the side of the road to attract the English merchants passing by to sample their harvest, and, hopefully, purchase their wine and export it back to England.

The merchants would, apparently say “I’m watching you” to the wine grower, to make sure that the sample they were offering was really from their own vineyard. Obviously not understanding English very well, the Canarian locals over the years coined the term guachinche. To accompany the wine (and help ensure that the merchant didn’t end up rather worse for wear), the wives used to offer a small portion of freshly-made food – which, over time, developed into these charming local restaurants.

Where are they found?

The main purpose of a guachinche is to sell wine, which is why they tend to be found in or around the island’s most important wine-producing regions, which are almost all concentrated in the north areas and include Tacaronte, La Orotava, El Sauzal and Los Realejos. There are also a few in the Güímar region towards the south of the island.

Legally, guachinches are only allowed to open for a few months a year – their main purpose is to sell wine, so when once the harvest has gone, and there is no wine left, in theory they should close. We say “in theory” of course because there is generally quite a generous amount of rule bending that takes place in the canaries, and the guachinches are no different.

In recent years, the appearance of so many “fake” guachinches, coupled with a string of complaints from restaurant and bar owners who felt discriminated against due to a lack of regulations over, led to new laws being implemented on who can call themselves a guachinche or not, and conditions of business – effectively closing down all those establishments who don’t produce their own wine. Generally speaking, they are open from November until the wine runs out and then reopen again in April.

4 signs you’re entering a fake one

Friendly service, delicious food and, unusually just a few metres from the sea.

A white, windowless room with a large blue door. But the meat is divine, the atmosphere lively and the price – almost free.

The grilled pork chops here are the stuff of legends…

Spectacular setting (quite hard to reach but worth it), really good wine and a mouth-watering puchero

Charming decoration, a mixed grill to die for and one of the best lemon mousses around.

I want to receive offers and news.